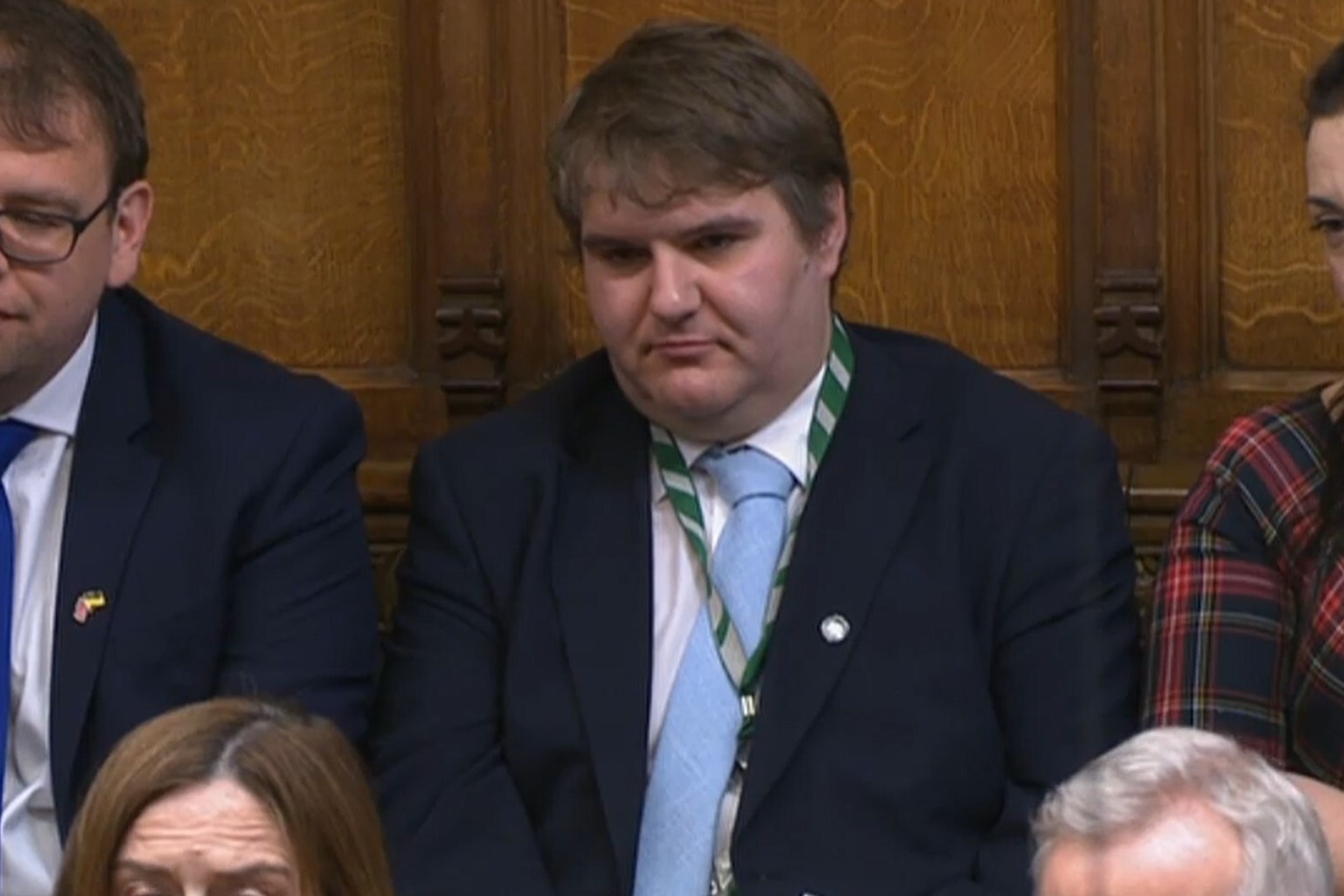 The outpouring of love for Tory MP Jamie Wallis after he came out as transgender should prompt a “respectful” conversation among Conservatives over the issue, one of the party’s LGBT leaders has said.

Andrew Boff, a patron of the LGBT+ Conservatives group and member of the London Assembly, said it had been “wonderful” to see the support from across the spectrum for Mr Wallis after he revealed on Wednesday that he wanted to transition.

But he said he hoped it led to a wider discussion of how trans rights trans rights are handled by the Government, as he said his party was conflicted and “listening to voices from both sides of the argument”.

“The party really is divided over the issue,” he told the PA news agency.

Mr Boff said a lot of trans people had hope under Theresa May after her pledge to allow transgender people to change their birth certificates without a diagnosis.

But “that’s all really been brushed away” under the current Government, he said, as Boris Johnson scrapped the plans in 2020.

“It’s brought back some debates we thought we had dealt with,” he said, such as the validity of gender dysphoria as a diagnosis.

“That issue should be resolved, and it is resolved,” he said. “Medically, we know gender dysphoria exists and it’s about how we make those people as happy as possible.”

Mr Boff said there were serious issues to be discussed over the access to healthcare trans people have, but these were being eclipsed by fears over single-sex spaces which he said were unfounded.

Mr Boff likened the issue to the antisemitic blood libel trope – the false allegation that Jews used the blood of non-Jewish for ritual purposes – adding: “It’s all based on fear of a minority they don’t understand.”

Asked what he would like to see from his party now that Mr Johnson had congratulated Mr Wallis – who also revealed he was raped and blackmailed – for his “courage”, Mr Boff said he wanted the Tories and all parties to “stop avoiding the issue and stop allowing the hatred to take place”.

“Where we can succeed is if we get some nice, clear statements,” he said.

“That argument I don’t accept is that trans people don’t exist.”

Mr Johnson responded to Mr Wallis’s statement by saying: “Sharing this very intimate story would have taken an immense amount of courage.”

He said the story would “undoubtedly support others” and “the Conservative Party I lead will always give you, and everyone else, the love and support you need to be yourself”.

But just hours before he was reported to have made a joke about trans issues at a dinner for Tory MPs, at which Mr Wallis was present.

At the dinner, Politico reported the Prime Minister said: “Good evening, ladies and gentleman, or as (Labour leader Sir) Keir Starmer would put it, people who are assigned female or male at birth.”

The independent Tory Reform Group on one nation Conservatives said on Twitter: “Trans lives are difficult and complex, they should not be ridiculed in flippant after-dinner jokes

“The Government needs to treat LGBT people with kindness rather than as punch lines, especially before we host a global conference on ‘Safe To Be Me’.”

The row over trans rights has been a key battle in the so-called culture wars between Labour and the Conservatives.

However, Tory party chairman Oliver Dowden said he was “proud of my colleague Jamie Wallis”, adding: “As a Conservative family we stand together, and we will support you.

“I hope that your brave statement will help others.”

Alicia Kearns said Mr Wallis had “changed” the nation and added: “Your bravery will give hope and courage to people across our country.”

“I’ve been diagnosed with gender dysphoria and I’ve felt this way since I was a very young child. I had no intention of ever sharing this with you. I always imagined I would leave politics well before I ever said this out loud.

“There was a close call in April 2020 when someone blackmailed me, outed me to my father and sent photographs to other family members.

“He wanted £50,000 to keep quiet. The police were so supportive, so understanding and on this occasion the system worked.”

The Bridgend MP said the offender was sentenced to two years and nine months in prison after admitting his guilt.

“For a while it seemed as though I would be able to get on with things and move on,” Mr Wallis wrote.

“Being an MP and hiding something like this was always going to be tough, but I arrogantly assumed I was up for it.