Thousands of baby boxes filled in Scotland for babies in Ukraine 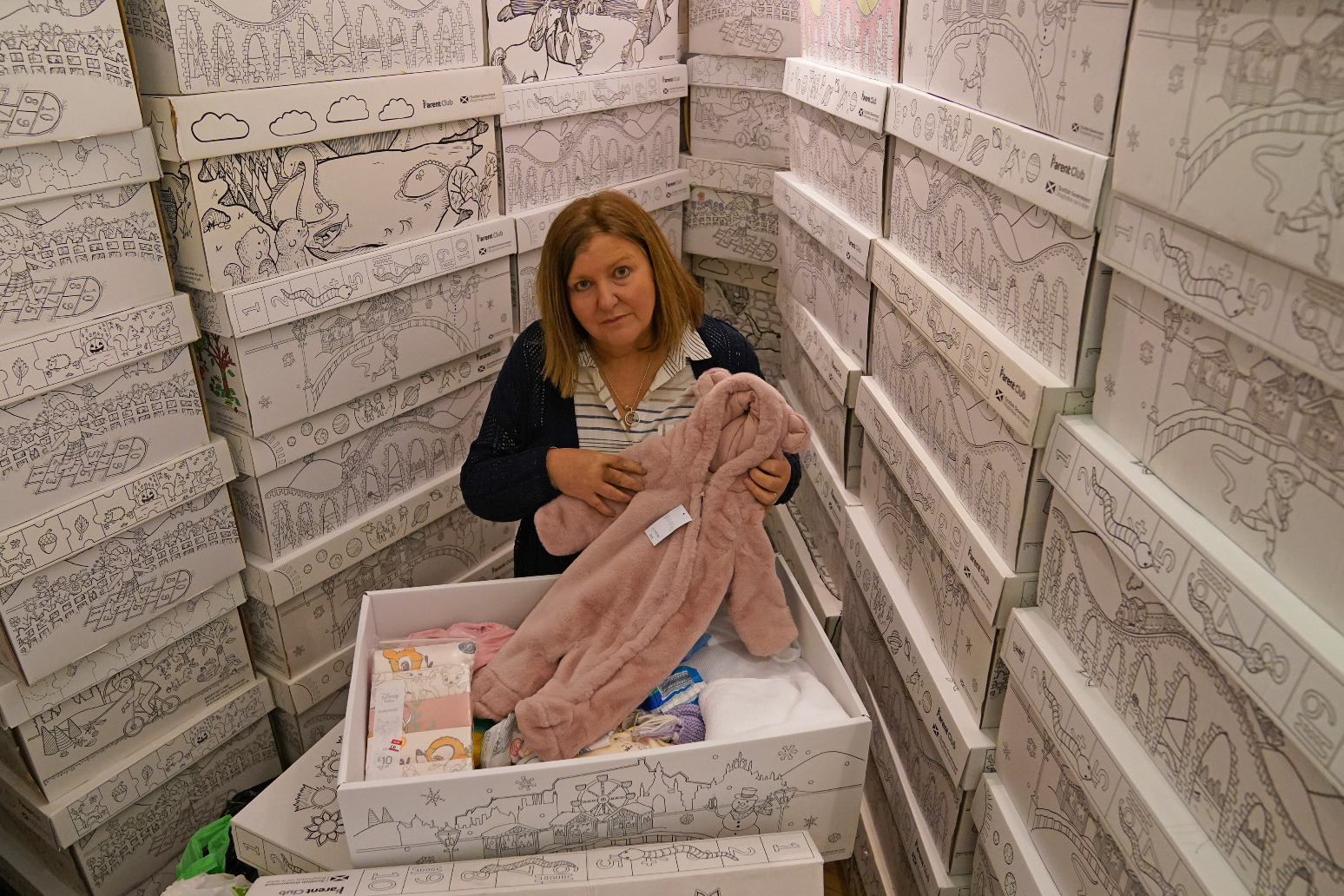 Baby boxes, which can also be used as a place for the baby to sleep in, are delivered to expectant parents in Scotland in a scheme introduced in 2017

Organisers of an initiative sending donated baby boxes packed with essential items for babies to Ukraine say they have been “overwhelmed by Scotland’s kindness”.

Thousands of people around the country have flocked to give boxes they no longer need and items to fill them since Jackie Crawford started the Scottish Preloved Baby Box for Ukraine Facebook group around ten days ago.

The group has already sent one lorryload of boxes to the Romanian border with Ukraine and is now appealing for help from haulage firms to send more truckloads abroad.

Baby boxes, which can also be used as a place for the baby to sleep in, are delivered to expectant parents in Scotland in a scheme introduced in 2017.

Ms Crawford, from Airdrie, North Lanarkshire, told the PA news agency she has been delighted at people’s generosity.

“So I just thought why don’t I try and see if I can find any baby boxes someone might have, with the thought that I was just going to fill a few myself to give so they had beds to sleep in, because the baby boxes are also beds, they’ve got really high quality mattresses in them so I could just fill them up, but it just exploded.

“We’ve got 6,000 people in a group within a week that are collecting. We’ve already sent a massive big aid truck away and we give to local community trucks that are going out, they just come up to us.”

She estimates they have packed thousands of baby boxes and hundreds have been sent away already.

The group have a checklist of items so that every mother gets the same and the boxes are filled with items such as nappies, vests, baby grows, breast pads, sanitary towels, blankets and sheets.

Some mothers have also added personal touches such as a photo of their baby with the message “from my baby to yours”.

There are drop-off points around Scotland, however the group has asked people to pause donations from Sunday. This is to allow time to catch up on sorting and arranging logistics.

The group are now appealing for haulage firms to help transport the donations abroad to where they are needed.

In a Facebook post on Friday, the group said: “We would like to thank every single one of you for your extreme generosity, once again we have been blown away and completely overwhelmed by Scotland’s kindness.

“Unfortunately we are having to pause further donations to drop-off points as of Sunday, this is to give us a bit of time to catch up on our warehouse and make sure our deliveries can go out on time.

“This will only be temporary and we look forward to welcoming donations again in the near future.”