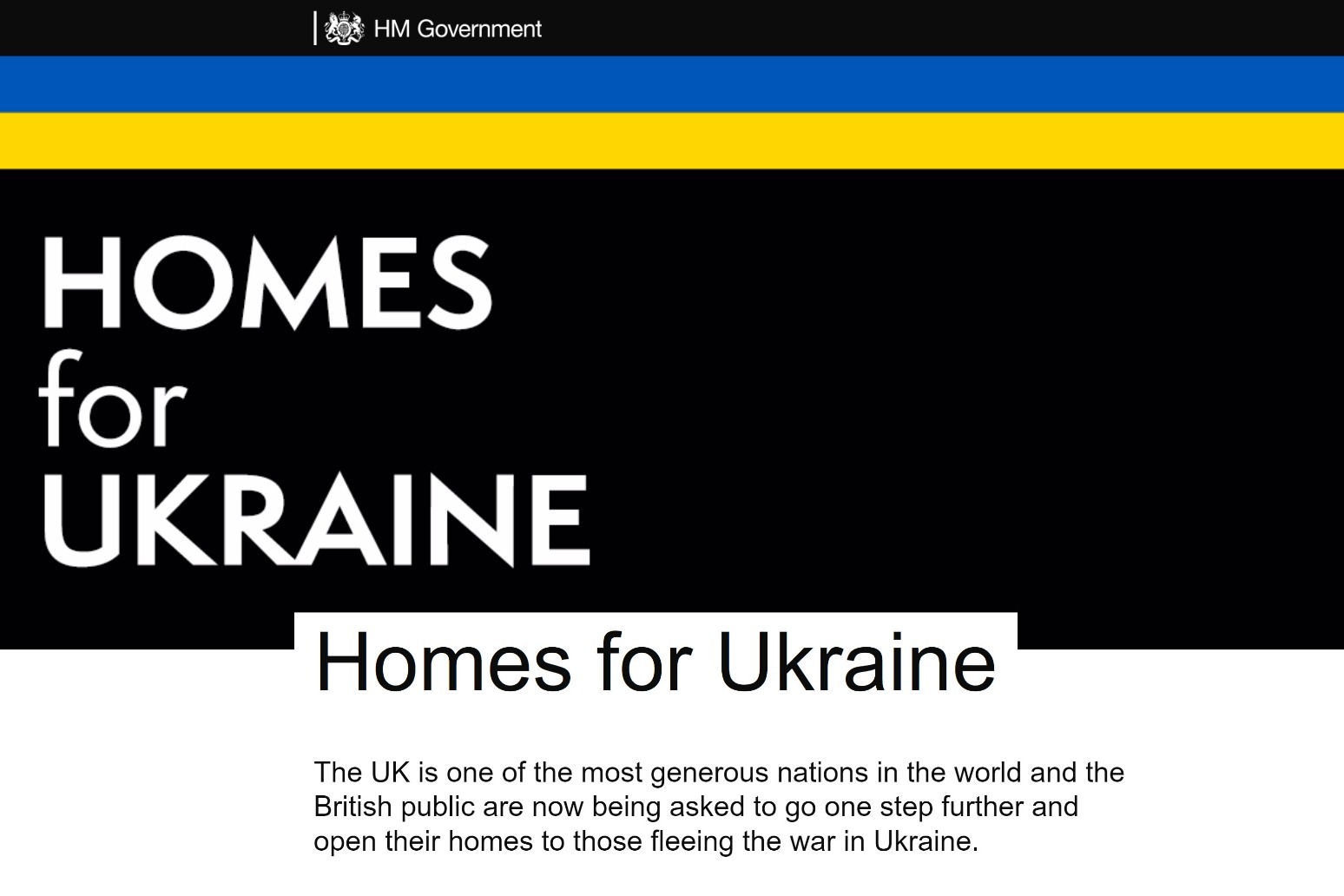 More than 150,000 people had registered their interest in the UK’s Homes for Ukraine scheme ahead of its launch on Friday, but concerns have been raised about how it will work in practice.

The programme aims to match refugees with individuals, charities and other organisations who can provide accommodation for at least six months, enabling Ukrainians without family ties in Britain to enter the country.

But concerns have been aired about red tape, safeguarding and resourcing, with one major charity warning the Government is “unleashing chaos” with the scheme and that refugees could die before they are matched with a sponsor and can safely reach the UK.

Labour said the programme’s “excessive bureaucracy” and “DIY nature” are the greatest barriers to its success, and urged the Government to “cut unnecessary paperwork and play an active role in matching sponsors to refugees”.

More than 150,000 people in Britain had registered their interest by Thursday, and refugees who have found a sponsor can apply from Friday.

Robina Qureshi, director of Positive Action in Housing, claimed the scheme is a “smokescreen” and distraction from what really needs to happen, which she says is the removal of the visa requirement for Ukrainians to come to the UK, as other European countries have done.

She accused the Government of putting charitable organisations in an “invidious” position and foisting the scheme on them without prior consultation, adding that she expects just a “trickle” of refugees to arrive through the scheme because they will have to find people to become sponsors while abroad before they can apply, and then make their own way to the UK.

She told the PA news agency: “Are some of the people going to be alive by the time the process has been gone through?

“They should be letting people in now, but the Government is doing to refugees what they’ve done to the Syrians and to Jewish refugees fleeing the Holocaust, and what they’re doing is to reduce to an absolute minimum the number of refugees making their way to the UK in the midst of the worst refugee crisis since World War Two.”

Positive Action in Housing, which runs Room for Refugees – the UK’s longest running refugee hosting programme which has been in place since 2002 – is receiving around 40 calls and up to 150 emails an hour from Britons who want to offer accommodation to Ukrainian refugees.

Ms Qureshi questioned how many people who have expressed an interest via the Government’s website will have to withdraw because they later realise they do not have “the physical or mental room”.

She said: “We do not have half a hosting program in place.

“All they’ve got is expressions of interest – they have not identified individuals to match them up… this is an illusion of people helping because they’re distracting from the fact that they haven’t lifted visa restrictions.”

The Refugee Council also voiced concerns about the scheme, with its head of advocacy, Andy Hewett, saying it could be “too slow and complex” to help the most vulnerable, adding that it favours those who already have a contact in the UK, who may not necessarily be the most at risk.

Shadow levelling up and housing secretary, Lisa Nandy, welcomed the scheme’s launch but said there remains a “worrying lack of engagement with local councils and charities”.

She said: “They stand ready to do their job but, unless the government steps up and provides clear guidance, we risk squandering the amazing generosity of people who have offered to open their homes.

“Getting Ukrainian families here quickly is vital so they are secure and there is certainty for those welcoming them. The biggest barriers are excessive bureaucracy and the DIY nature of this scheme. The Government needs to cut unnecessary paperwork and play an active role in matching sponsors to refugees.”

A spokeswoman for the Department for Levelling Up, Housing and Communities said: “We are moving as quickly as possible to ensure that those fleeing horrific persecution in Ukraine can be found the families and sponsors they need.

“The Government continues to work closely with non-governmental organisations and local government in order to speed up the process to bring Ukrainians to safety in the UK.”

Meanwhile, Defence Secretary Ben Wallace announced that the UK is to deploy a medium-range missile system and 100 personnel to Poland to “protect her airspace from any further aggression by Russia”.

It came as Mr Wallace accused Russia of “dirty tricks” after he and Home Secretary Priti Patel were targeted with hoax calls from an impostor posing as Ukraine’s Prime Minister.

Mr Wallace, who became suspicious during a 10-minute video call on Thursday, ordered an investigation into the security breach, which has prompted serious questions about Whitehall security after Ms Patel said the same thing happened to her earlier this week.

Elsewhere, British defence intelligence analysts believe Russia is being forced to divert “large numbers” of troops to defend its supply lines rather than continuing its attacks in Ukraine.

“Incessant Ukrainian counterattacks are forcing Russia to divert large number of troops to defend their own supply lines. This is severely limiting Russia’s offensive potential.”