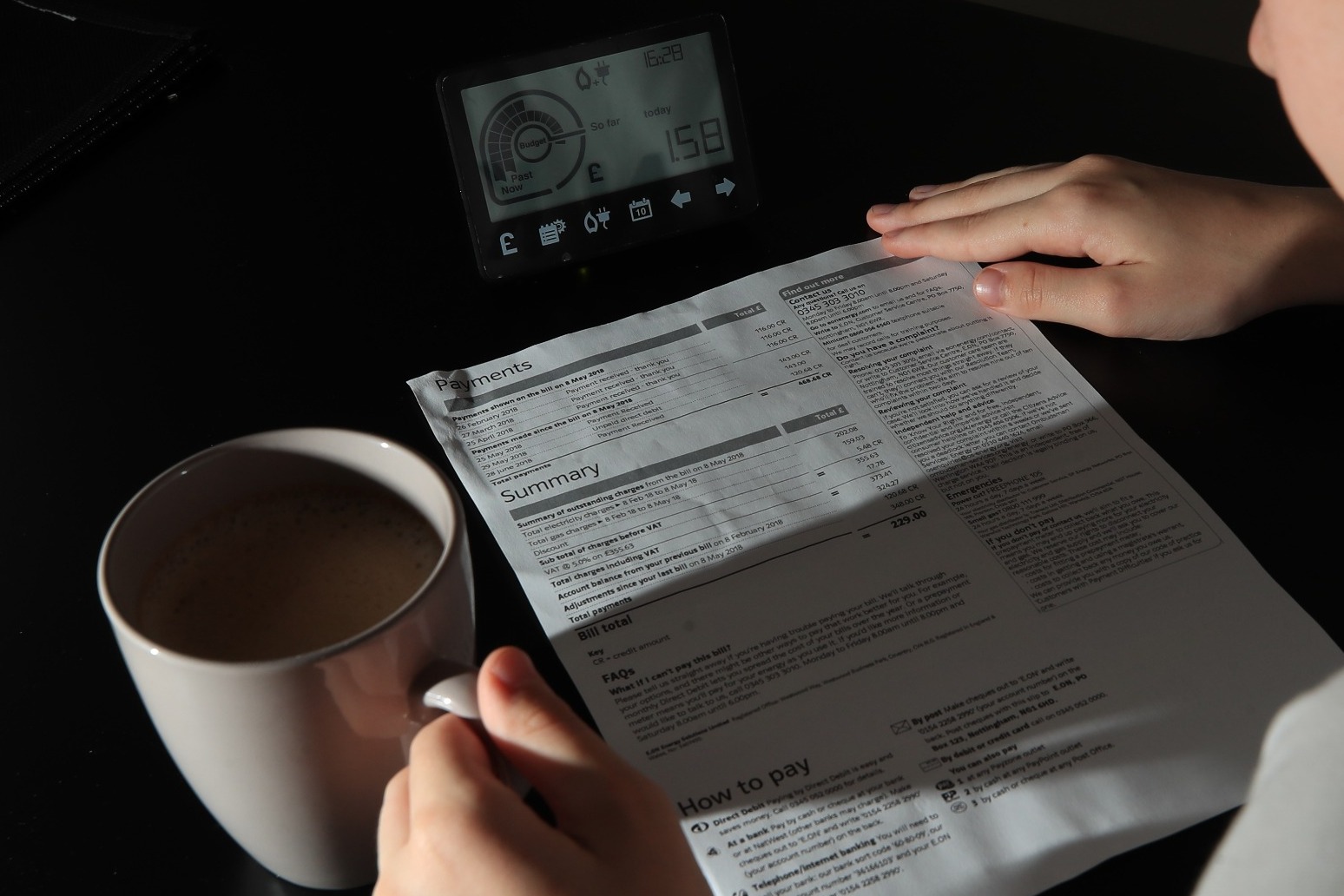 Britons have warned that people will be “suffering” and “living on the streets” as energy bills skyrocket thanks to a 54% increase to Ofgem’s price cap and the worsening cost-of-living crisis.

New figures suggested that almost half of adults were struggling to pay their energy bills before the biggest jump in prices in living memory came into effect this week.

Andie Darlington, 48, was recently made redundant from her job as a product designer and told the PA news agency: “It’s just staggering.

“It was a massive, massive shock… I knew the price was going to rise, I knew it’d be a big rise, I thought it might double, but this much – who can afford that?

“Even people who were relatively well off, they’re not going to be able to afford this (and) people on benefits, they’re just absolutely screwed.”

Her bill will be reduced to £111.68 from April 2023 and has savings that will tide her over for a few weeks but is already having to “wear loads of clothes” and not heat her home.

“I’m using my heating less – I’ve normally got my heating on at sort of 22C and it’s not on at the minute so it’s really cold,” she said.

“I’m just gonna have to not heat my home any more and wear loads of clothes and hot water bottles.

“We’re supposed to be the fifth richest economy in the world, and people are relying on food banks.

“Food banks are in more demand than ever and that was before all this happened.

“You’re going to get people losing their homes and living on the streets before too long… Scary times.”

Stefan Jowett, from Doncaster, who is with energy supplier Bulb, said he is concerned as he must consider his two asthmatic children.

“I work full time and have two young children, seven and 10, that are here very often… Both asthmatic so the heating will have to be on on cold days (and) nights,” the 48-year-old warehouse operative said.

“Come October I won’t be able to afford the rise again to get by. Christmas will be miserable.

“There’s going to be a lot of people suffering, not just trying to get by, but mentally and physically.”

Joanne Stubbs is an admin of the Energy Support And Advice UK Facebook group which has more than 37,000 members.

She said the Government has not been doing enough to tackle the problem.

“It needs to be emphasised that people are going without… People are not eating for days,” the 34-year-old from Nottingham said.

“Children’s only meals are those at school, and for those who have working parents, who do not receive any help money wise, go without full stop.

“The Government is so out of touch with reality and feel this is a minority, it’s not… We do often wonder if any MPs would survive on minimum wage with no help – things would change fast.

“People are scared and worried about what is ahead and nothing is in place to protect them.”

Higher energy prices are not the only way households are set to feel the pinch, with tax rises and reductions in state pandemic support increasing costs for businesses and, ultimately, leading to higher prices for customers.

The cost of buying a pub meal, soft drink or hotel stay could become more expensive from this month as VAT levels across the hospitality sector lift back to 20%, while the national insurance tax rise will come into force on April 6.

Mr Sunak cut fuel duty by 5p in his spring statement last week but retailers have been accused of failing to fully pass on the saving.