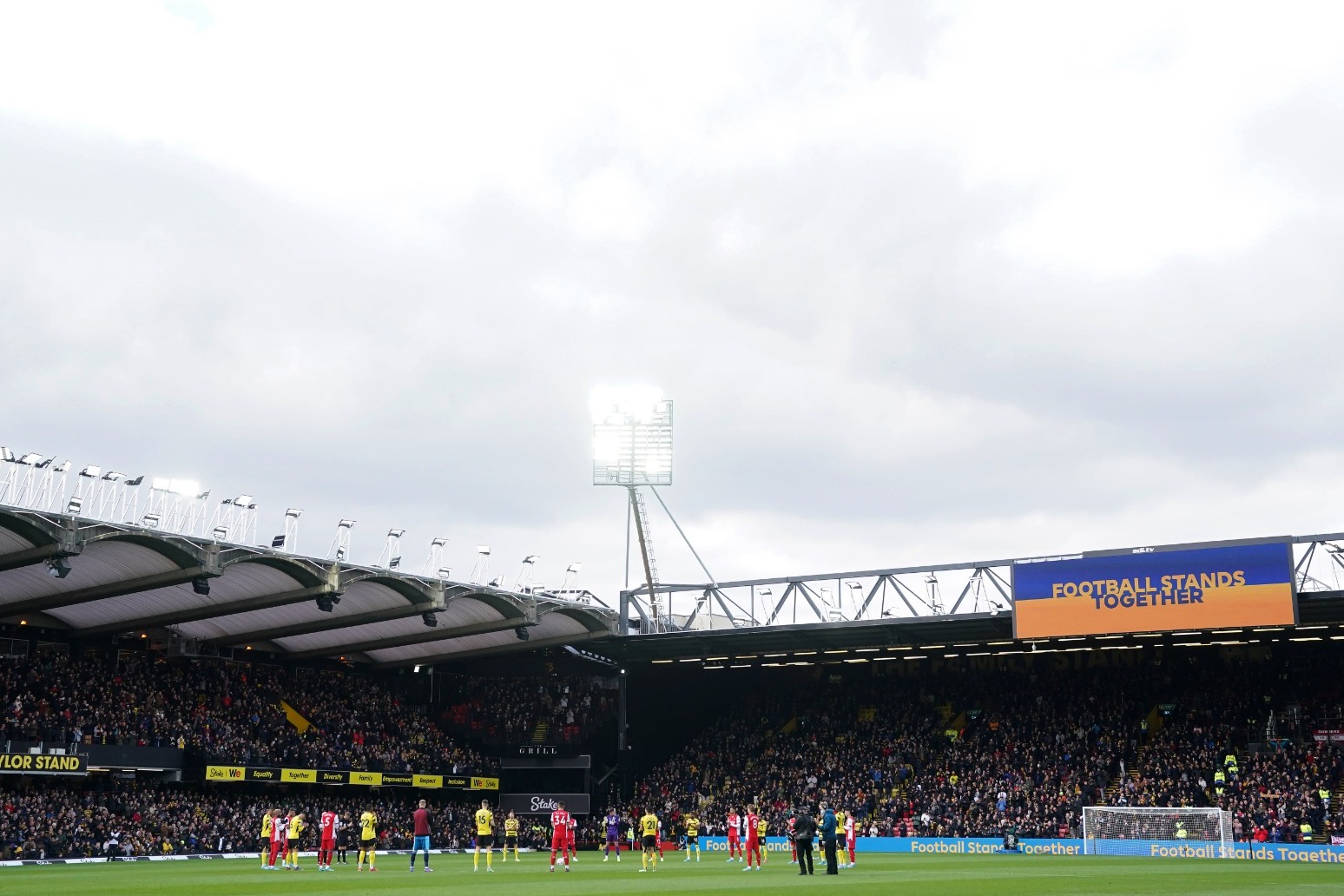 Premier League games will not be shown on Russian television after the governing body suspended its agreement with broadcast partner Rambler.

All 20 clubs agreed with the decision, which was made at a shareholders’ meeting in London on Tuesday as the Premier League continued to react to Russia’s invasion of Ukraine.

The EFL has withdrawn access to its iFollow and other club streaming services in Russia while the Football Association is in contact with the company that controls rights for the FA Cup in the region.

The Premier League will also donate £1million to support the people affected by the war.

A statement read: “The Premier League and its clubs today unanimously agreed to suspend our agreement with Russian broadcast partner Rambler (Okko Sport) with immediate effect and to donate £1 million to support the people of Ukraine.

“The League strongly condemns Russia’s invasion of Ukraine. We call for peace and our thoughts are with all those impacted.

“The £1 million donation will be made to the Disasters Emergency Committee (DEC) to deliver humanitarian aid directly to those in need.

The move comes after there was league-wide support for Ukraine over the weekend, where club captains wore special armbands, messages of support were displayed on big screens and there was a moment of reflection before kick-off at each of the 10 games.

The statement added: “This message of solidarity was visible to fans around the world across Premier League digital channels and via match broadcasts.

“This is in addition to the numerous ways in which clubs continue to display their support.”

Rights for the FA Cup in Russia are owned by IMG, and the PA news agency understands the Football Association is in regular contact with them over the situation.

EFL matches and club content will no longer be available in Russia after the governing body stopped access to iFollow and other streaming services.

A statement read: “Following Russia’s invasion of Ukraine and the subsequent humanitarian crisis that is unfolding in the region, the EFL has suspended the broadcast feeds of its matches in the Russian Federation.

“Access to the EFL’s iFollow service and other club streaming services have also been withdrawn in the territory.

“Echoing the views of the Premier League and other organisations around the world, the EFL remains deeply concerned by the ongoing conflict. As has been demonstrated at EFL grounds around the country, ‘Football Stands Together’ with the people of Ukraine and all those impacted.”

He said: “This is absolutely the right thing to do and we fully support the Premier League’s decision to stop broadcasting matches in Russia in response to Putin’s barbaric, senseless invasion of Ukraine.

“Russia cannot be allowed to legitimise its illegal war through sport and culture, and we must work together to ensure Putin remains a pariah on the international stage.”