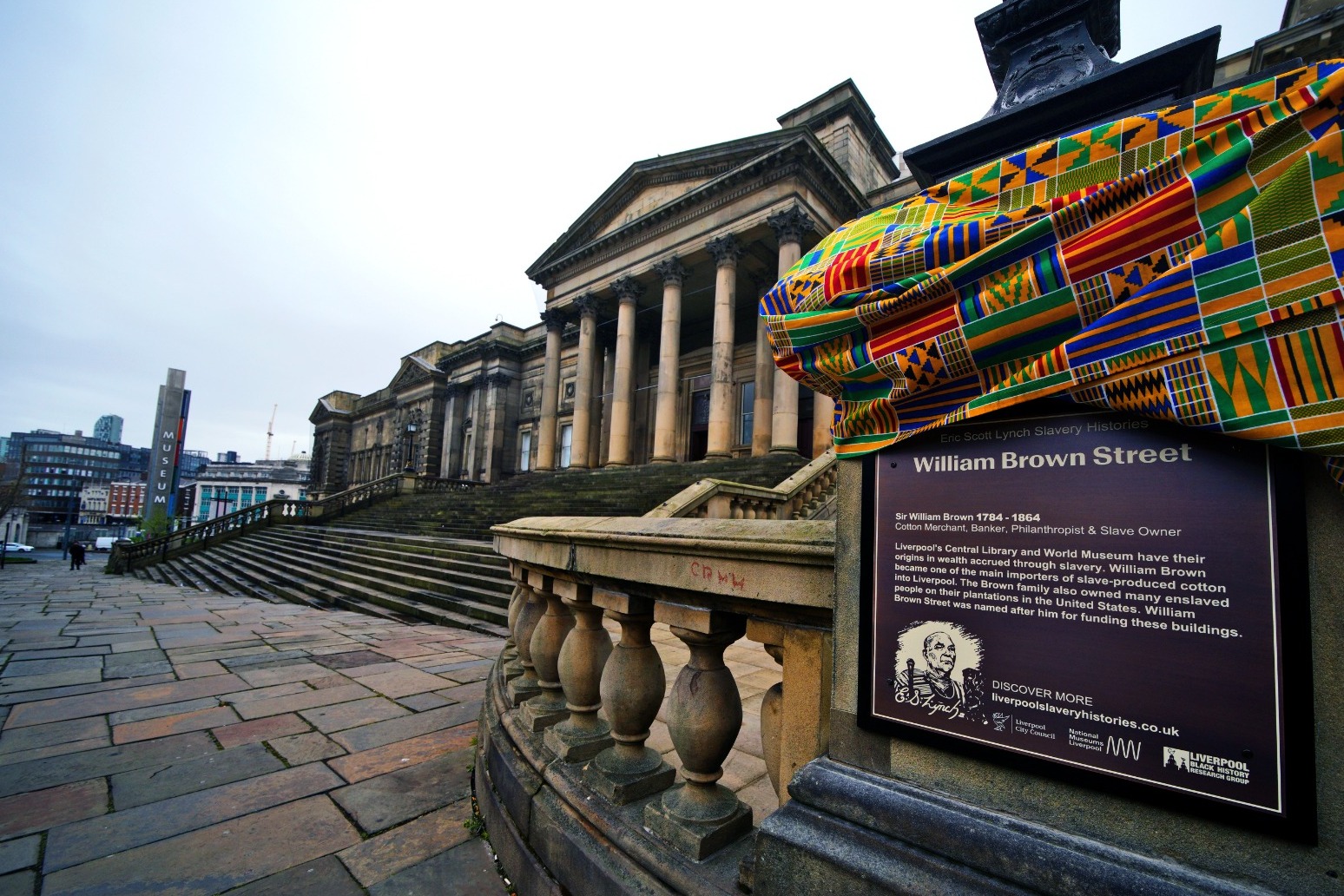 A plaque acknowledging Liverpool’s links to slavery has been installed on a street named after a slave owner.

The sign on William Brown Street, near the city’s Central Library and World Museum, is the first in a series of 10 which will be placed around Liverpool.

It reads: “Liverpool’s Central Library and World Museum have their origins in wealth accrued through slavery.

“William Brown became one of the main importers of slave-produced cotton into Liverpool.

“The Brown family also owned many enslaved people on their plantations in the United States.

“William Brown Street was named after him for funding these buildings.”

The sign is the first of the Eric Lynch Slavery Histories plaques, named after the activist and historian who identified areas of the city directly linked with the slave economy.

Andrew Lynch, son of Mr Lynch, who died last year, was at the unveiling on Tuesday.

He said: “These plaques stand testament to the educational work that my father Eric Scott Lynch carried out.

“Over many years, he strove to give the people of Liverpool a deeper understanding of the central role the city played in shaping the modern world.

“The enormous wealth generated by slavery and imperial interests built the city into a major trade hub and financed many of the industries that were to become the cornerstone of the industrial revolution.

“This reminds us that Liverpool is truly a world city, with the labour of Africans and people of African descent being a key part of our story.”

Liverpool City Council passed a motion in January 2020 to commit to the placing of plaques to improve understanding of the city’s heritage and its links to slavery.

Mayor of Liverpool Joanne Anderson said the unveiling of the plaque was a “milestone moment”.

She said: “We pledged to be open and transparent about this city’s role in the transatlantic slave trade, and the plaques are an important step forward.

“This understanding of our past is key, and only when we fully acknowledge and accept it, can we move forward.”

Later this month, the city will hold a series of events including a music day and conference as part of Liverpool Against Racism.

Following the death of George Floyd in America in May 2020, the Black Lives Matter movement sparked debate on Britain’s historic links with the slave trade and in Bristol demonstrators toppled a statue of slave trader Edward Colston.