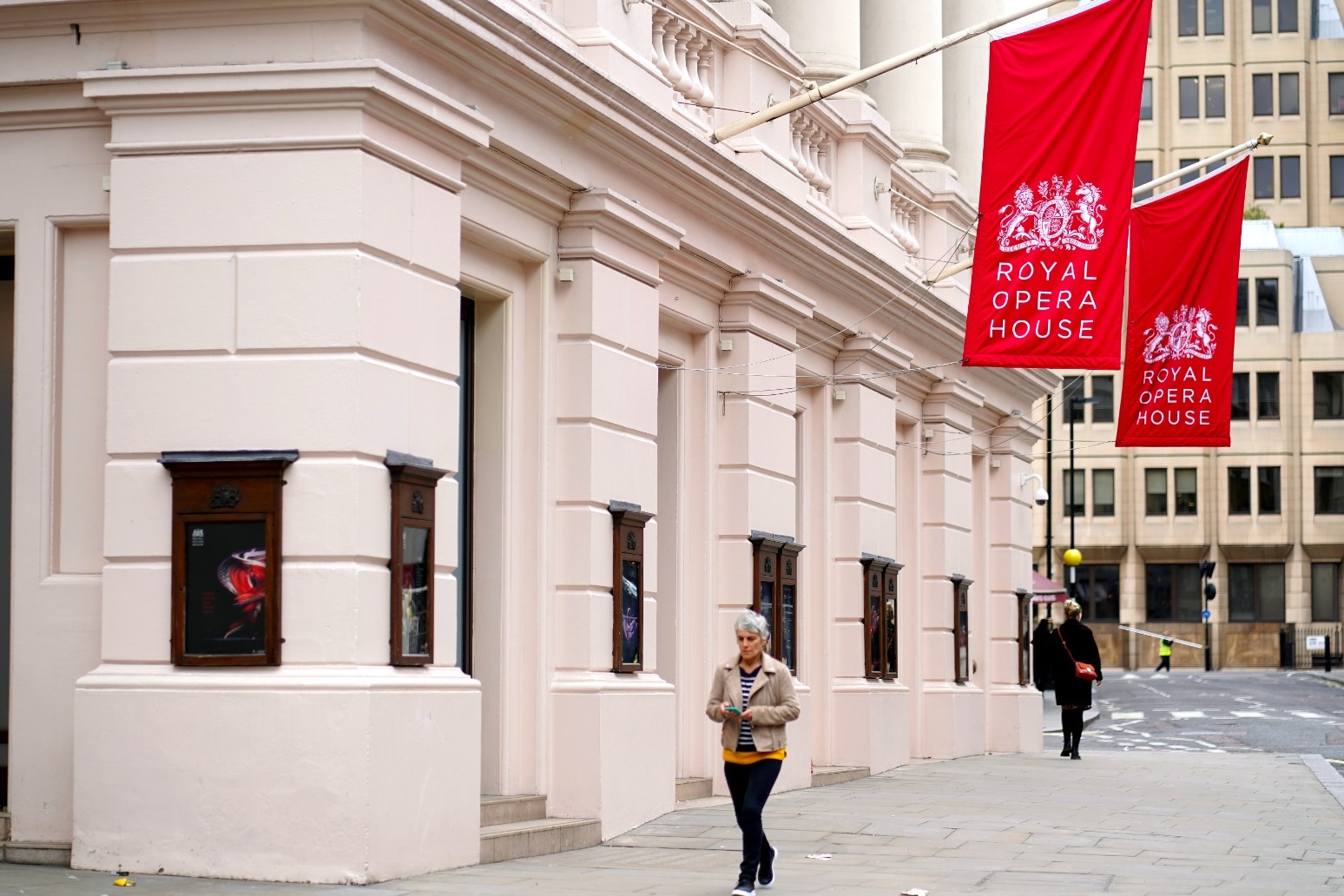 Leading art institutions are showing solidarity with the people of Ukraine by hosting a range of events to bring in money for the humanitarian crisis in the country.

The Royal Opera House and Southbank Centre in London and East Sussex’s Glyndebourne Opera House are among the venues putting on concerts, with the funds raised being donated to the Disasters Emergency Committee (DEC) to provide aid to refugees fleeing their war-torn homeland.

Ballet stars from around the world will also take part in a Dance For Ukraine charity gala at the London Coliseum on March 19.

The sold-out event will feature artists from the Royal Ballet, the Paris Opera Ballet and English National Ballet, who have donated their services.

Directing will be former Royal Ballet stars Ivan Putrov, from Ukraine, and Romanian Alina Cojocaru, who trained together in Kyiv before joining London’s Royal Ballet school.

The English National Opera has waived its rental fee for the London Coliseum, while its orchestra, chorus and friends have volunteered to support the event musically.

Putrov said: “The Gala is about taking a stand for human values. Our unity strengthens the message.

“Everyone’s participation will help someone just like them who found themselves in dire circumstances due to violence and conflict.

“Dance, music and art move the world, not violence. Since we, the artists, possess the gift, we must use it.”

Meanwhile, the Royal Opera House is organising three fundraising concerts and the Glyndebourne Opera House is hosting an event on April 3, which has also sold out.

The artistic director of Glyndebourne, Stephen Langridge, added: “Alongside other performing arts organisations in the UK and beyond, we stand in solidarity with all those affected and earnestly hope that this concert at Glyndebourne will be both a profound and beautiful musical dedication to Ukraine and raise much-needed funds for the DEC.”

The Southbank Centre has also announced a specially curated night of music, poetry and spoken word, with Ukrainian and British artists performing in person and via a live link-up from Ukraine.

The event, called Slava Ukraini, which means “Glory to Ukraine”, has been organised in partnership with the Ukrainian Institute and supported by the British Council, with tickets on sale now.

A live two-hour programme, Concert For Ukraine, with a variety of names from the world of music will also air on ITV and STV on March 29 to raise funds for the appeal.

The DEC brings together 15 of the UK’s leading aid charities – including British Red Cross, Oxfam UK and Save the Children UK – who are working on the ground in Ukraine and at the country’s borders to help refugees.

Since it launched its appeal on March 3, £200 million has been raised, including £25 million matched by the UK Government.

Saleh Saeed, DEC CEO, said: “In this moment of crisis, the British arts community has risen to the challenge and responded with unity. The artistic community has played a hugely important part in this appeal, using the power of the arts to raise funds that will help protect lives. We offer our heartfelt thanks – this has made a real difference.

“So many people in Ukraine have lost everything. They need immediate aid. But this will not be enough. We need to be there for the long term, helping to rebuild lives over the difficult months and years ahead. With the moving support of the arts community and the British public, we will be able to help do just that.”