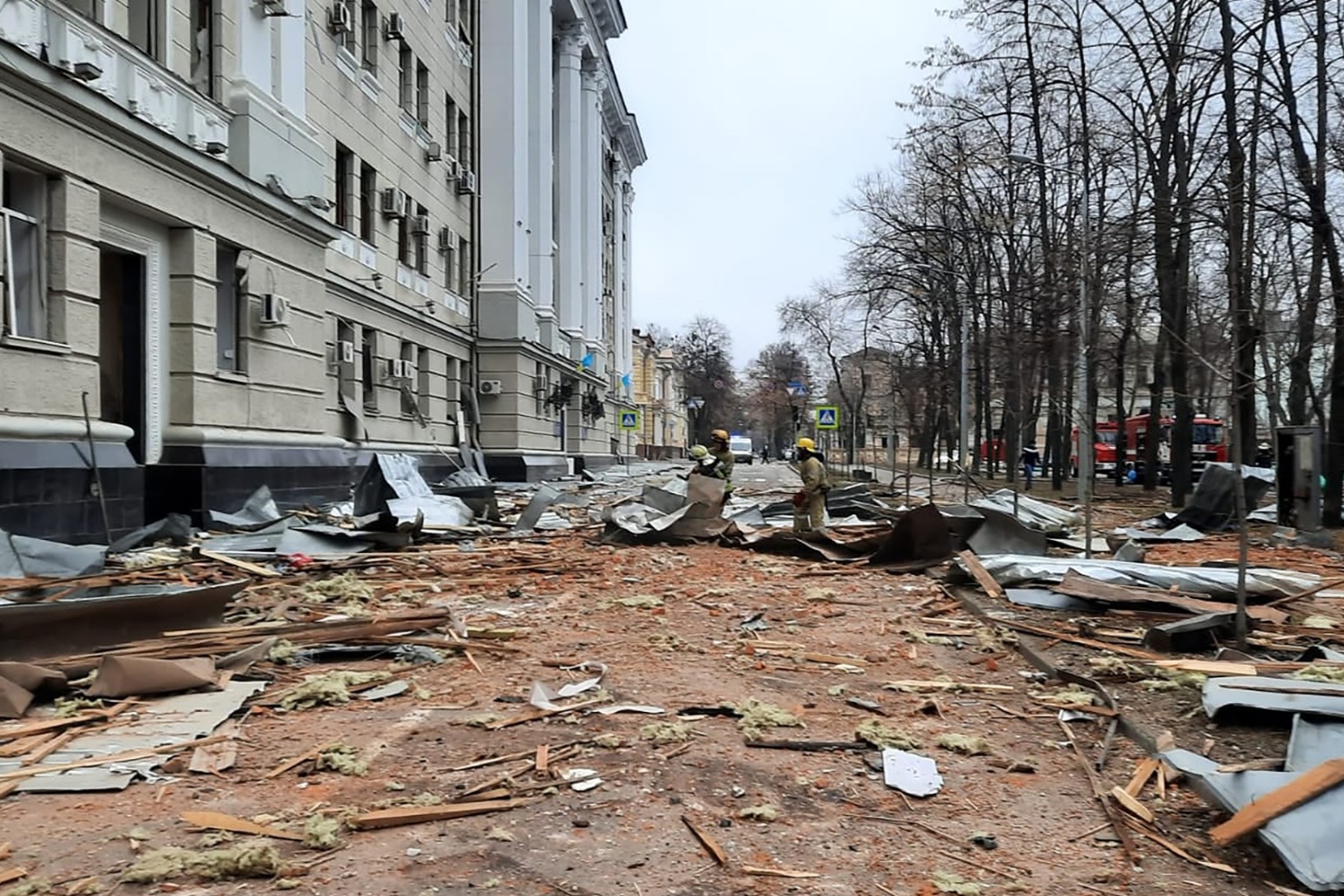 The wife of a church pastor in Ukraine has said she “cried half the night” after the pair decided she should evacuate with their two daughters.

Luda Sviridok, 47, from Kharkiv in Ukraine, has one son, 19, and two daughters, 16 and nine, with her husband Sergey.

The family had been staying in a church room while bringing food to elderly residents in the city, as well as helping organise the delivery of medicine to a children’s hospice.

Ms Sviridok said she and her husband had discussed the possibility of splitting up before the war started, but said “we didn’t expect them to send bombs and rockets on civilians”.

She told the PA news agency: “When we heard about the possibility of invasion we talked over all the ‘what ifs’.

“At first, we thought that the war wouldn’t last longer than a few days.

“But when we realised that they… didn’t care about people, I got scared for my kids.

“Had they not been kids, I probably would have stayed with my husband.”

Kharkiv has experienced heavy fire during the Russian invasion of Ukraine – the city is home to around 1.5 million people, with many desperate to escape.

Ms Sviridok took her daughters out of the city via train, but did not want to disclose the location of their destination.

She said they were joined by 17 other women and children from the church community, adding that the journey was “hot, stuffy, long and uncomfortable” as well as overcrowded.

Meanwhile, her husband and son have stayed in Kharkiv to help those who remain.

“Right now there is a need to help people evacuate,” Ms Sviridok said.

“Taxies don’t work, the city is big – it is a problem for people to get to the train station.

“We have a church van and they are going to use it helping people evacuate.”

Ms Sviridok said she “cried half the night” when the decision to split the family up was made, while she also shared an emotional goodbye with her parents.

“My mum and dad cried when I came to say goodbye,” she said.