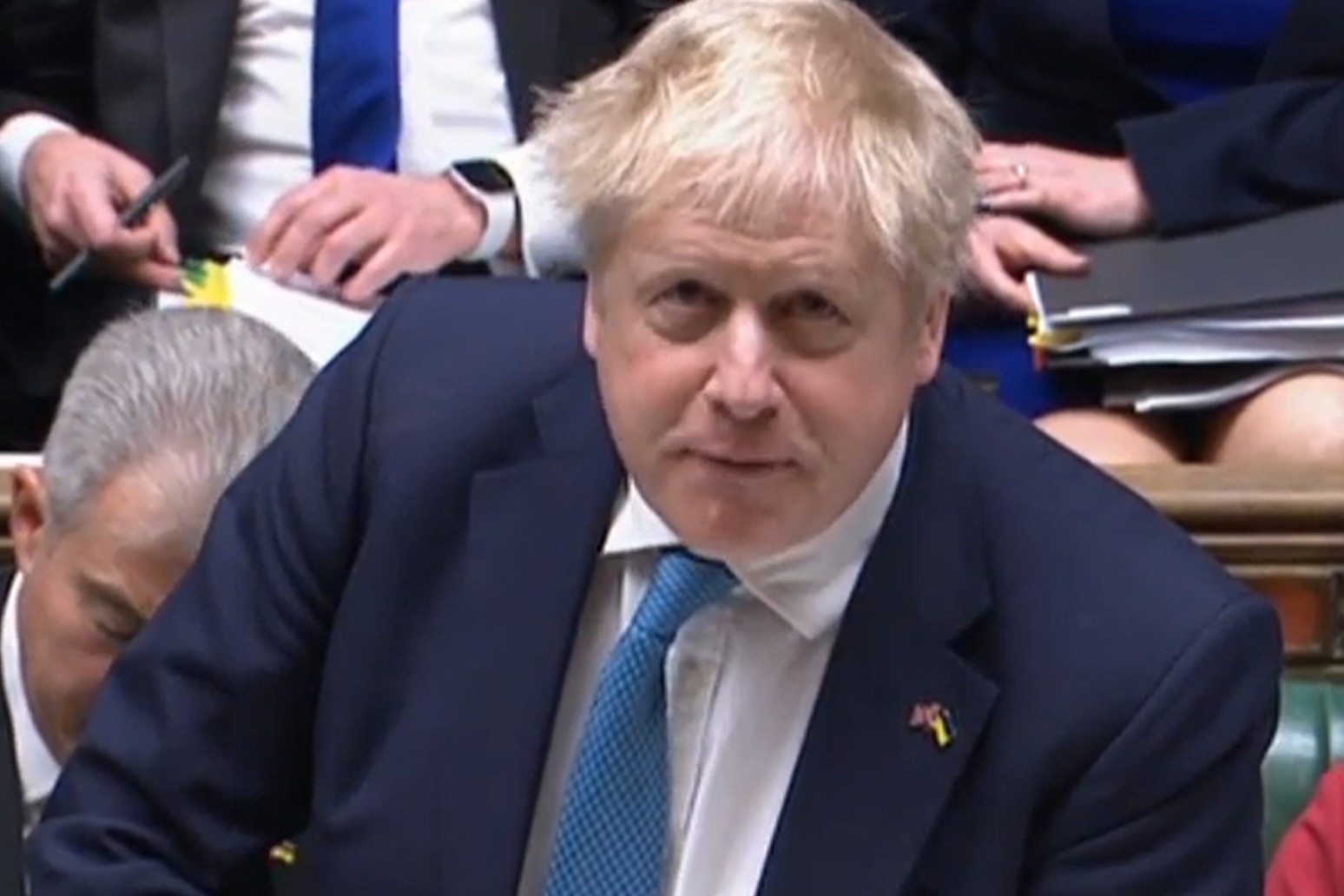 Boris Johnson has claimed a “U-turn is the last thing we want” as Labour pressed him to do more to ease the cost of living crisis.

The Prime Minister defended the financial help offered to Britons to deal with rising energy bills after Labour leader Sir Keir Starmer warned the Government’s approach is a “total mess”.

Sir Keir said the typical energy bill will increase by £700 from next month due to pressures which existed before Russia’s invasion of Ukraine.

He called for a “windfall tax” on the profits of gas and oil firms to generate further funds to help working families.

The Government will give all 28 million households in Britain a £200 up-front rebate on their energy bills from October. This will be recouped by hiking bills by £40 per year over five years from 2023.

Chancellor Rishi Sunak has also promised a £150 council tax rebate for homes in bands A to D.

Sir Keir told the Commons: “The big gamble behind that policy was that energy costs would drop quickly after a short spike. That bet now looks certain to fail. When will the Prime Minister force the Chancellor into a U-turn?”

Mr Johnson replied: “The Chancellor has set out plans to help families with energy costs with unprecedented measures to abate council tax by £150 in addition to all the other schemes that we are putting forward.

“Yes, he’s absolutely right that we need to meet the long-term impacts of the spike in energy prices and that’s why I will be setting out an energy independence plan for this country in the course of the next few days to ensure that we undo some of the damage of previous decisions taken, not least by the Labour government not to invest in nuclear, and so that we prepare our people for the long term and its sustainable, cost efficient energy supply.”

Responding to the Prime Minister’s refusal to make a U-turn on tax increases, Labour leader Sir Keir said: “We will see how long that position lasts.”

Sir Keir highlighted the “bumper profits” of BP and Shell, asking: “When will the Prime Minister admit he has got this badly wrong, put a windfall tax on those super profits and use the money to cut household energy bills?”

Mr Johnson replied: “The net result of that would simply be to see the oil companies put their prices up yet higher.”

But Sir Keir countered: “I don’t think the Prime Minister understands the mess he’s in. Working families are facing a £700 spike in April, they won’t even receive their £200 loan from the Chancellor until October.

“The wholesale price of oil and gas is now ballooning, so by October when the loan finally comes in household bills are set to shoot up by another £1,000. It’s a total mess, so I ask again, when is the Prime Minister going to force the Chancellor to U-turn?”

Mr Johnson replied: “If he’s asking for the Chancellor to U-turn on the support that we’re giving to families and households I think that he is absolutely out of his mind.

“We are going to continue to give people support throughout this difficult period as we did throughout the coronavirus epidemic, with unprecedented levels of support. We have a £200 discount on bills, £150 non-repayable reduction in council tax and £144 million extra to help councils support vulnerable families with their energy bills.

“Altogether there is a £20 billion package of financial help that we are giving the British people and we will continue to do more. I think a U-turn is the last thing we want.”

Sir Keir accused the Prime Minister of “protecting energy profits, not working people” and insisted Labour is pro-nuclear amid criticism from Mr Johnson.

In his concluding remarks, the Labour leader recognised there will be “costs here at home” as a result of sanctions on Russia.

He said: “We can withstand those costs, and we must, by using a windfall tax to keep bills down for working people, by starting a new era of energy policy, never again at the mercy of a dictator, supporting new nuclear after years of neglect, sprinting on renewables including onshore wind and an urgent national mission to upgrade homes after years of dither and delay.

“Why is the Prime Minister offering the same failed energy policy that cast us into the security crisis and allowed bills to rocket?”

Mr Johnson said the Government was “junking” the “failed energy policies” from the previous Labour government.

He added: “We’ll make sure as a House of Commons we work together to maintain our opposition to Vladimir Putin’s vile war in Ukraine and there together, with the toughest possible economic sanctions, by maintaining our military support for the people of Ukraine, I have no doubt that though there will be dark days ahead and difficult times we will come through it stronger.

“I’ve no doubt Vladimir Putin will fail and we will succeed in restoring a sovereign and independent Ukraine.”