Fury over Boris Johnsons comparison of Ukraines resistance to Brexit 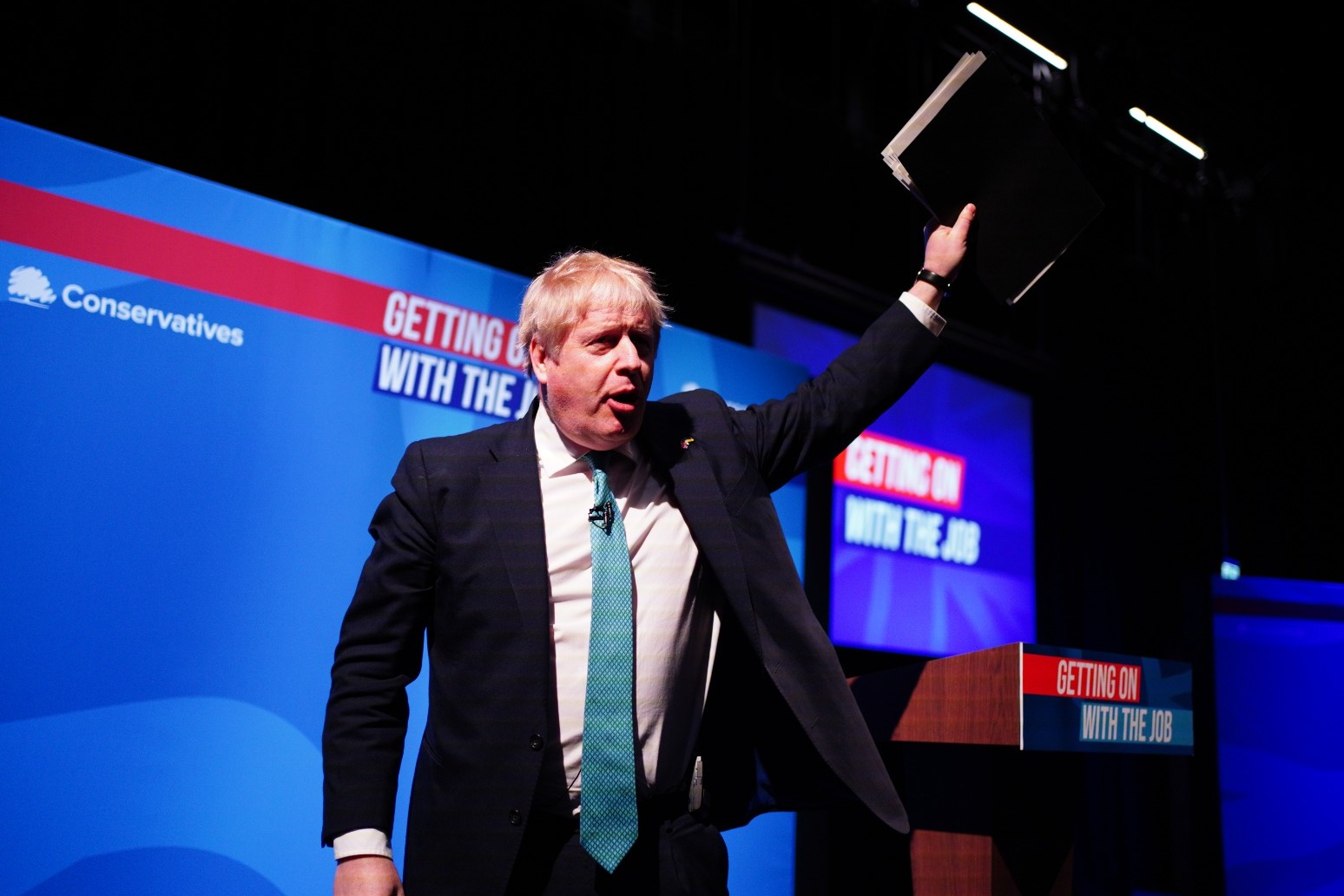 Boris Johnson has sparked outrage by comparing the struggle of Ukrainians fighting the Russian invasion to British people voting for Brexit.

In his speech to the Tory spring conference in Blackpool, Mr Johnson said it is the “instinct of the people of this country, like the people of Ukraine, to choose freedom”, with the Brexit vote a “famous recent example”.

The comparison was criticised by Tory peer Lord Barwell, who pointed out Ukraine is seeking to join the European Union.

There was also a rebuke from senior French diplomats, including the country’s ambassador in the UK.

In his speech, Mr Johnson said: “I know that it’s the instinct of the people of this country, like the people of Ukraine, to choose freedom, every time.

“I can give you a couple of famous recent examples.

“When the British people voted for Brexit in such large, large numbers, I don’t believe it was because they were remotely hostile to foreigners. It’s because they wanted to be free to do things differently and for this country to be able to run itself.”

The other example given by the Prime Minister was the British people’s willingness to voluntarily get vaccinated against Covid-19 because they “wanted to get on with their lives” and “were fed up with being told what to do by people like me”.

Lord Barwell, who served as Theresa May’s chief of staff in Number 10, said voting in the 2016 referendum “isn’t in any way comparable with risking your life” in a war with Vladimir Putin’s forces.

Writing on Twitter, he said: “Apart from the bit where voting in a free and fair referendum isn’t in any way comparable with risking your life to defend your country against invasion + the awkward fact the Ukrainians are fighting for the freedom to join the EU, this comparison is bang on.”

Tory chairman of the Defence Select Committee Tobias Ellwood said Mr Johnson’s comparison “damages the standard of statecraft” being exhibited in the response to the invasion.

In a Twitter comment – which was retweeted by France’s ambassador to the UK Catherine Colonna – Mr Ellwood said: “If we are to ultimately defeat Putin we require international leadership and unity.

“Comparing the Ukrainian people’s fight against Putin’s tyranny to the British people voting for Brexit damages the standard of statecraft we were beginning to exhibit.”

Philippe Errera, the political director at the French foreign ministry, said: “If I were Ukrainian, I would feel insulted. If I were British, I would feel ashamed. As a French diplomat,I will not comment on twitter…”

Ms Colonna responded: “As the French Ambassador in the UK, I will not either.”

Mr Tusk, a former Polish prime minister who was leader of the European Council during the bitter process of the UK’s exit, said: “Boris Johnson likens Ukrainians’ fight to British people voting for Brexit.

“I can still remember the enthusiasm of Putin and Trump after the referendum. Boris, your words offend Ukrainians, the British and common sense.”

Liberal Democrat leader, Sir Ed Davey, said the Prime Minister “is a national embarrassment”, adding: “To compare a referendum to women and children fleeing Putin’s bombs is an insult to every Ukrainian.

“He is no Churchill. He is Basil Fawlty.”