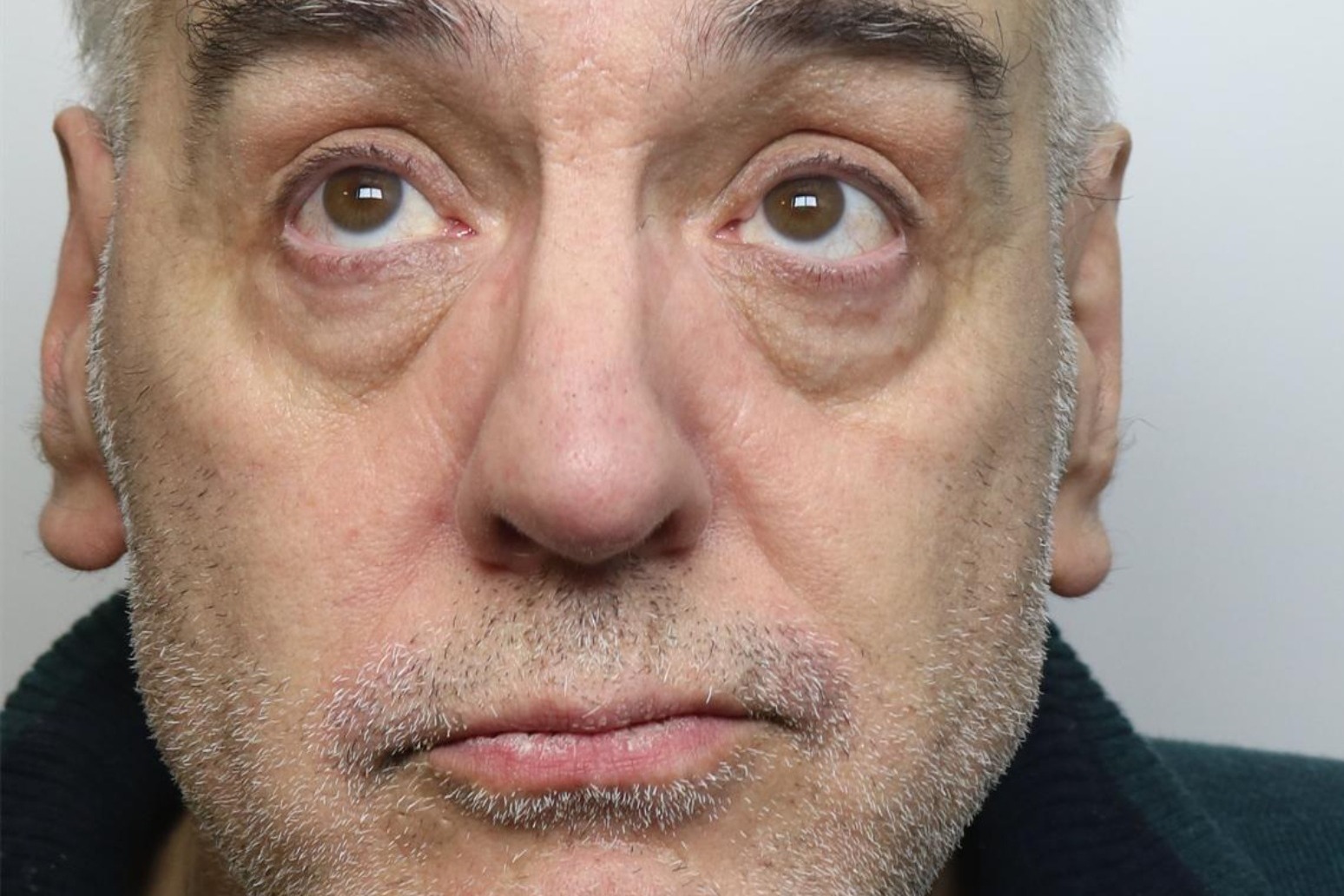 A stalker who started a fire in the driveway of Loose Women star Denise Welch’s home and left her “terrified” has been jailed for seven years and seven months.

The former Coronation Street actress gave evidence over video-link from the US as Toraq Wyngard, 64, was sentenced at Chester Crown Court on Thursday.

She said: “It has changed my life. I have a wonderful life and this man has permanently scarred it.”

The court heard that, just before 11pm on September 19 2020, Wyngard started a fire in a skip outside the home Welch shares with her husband, Lincoln Townley, in Wilmslow, Cheshire.

Ms Welch, wearing pink-rimmed glasses, pink lipstick and a yellow top, said she was alerted to the fire by her husband’s “piercing scream” when a member of the public knocked on their door after spotting the flames.

The court heard that £4,285 of damage was caused by the blaze, which spread to the garage attached to the couple’s house.

Gareth Bellis, prosecuting, said CCTV showed a man in a distinctive baseball cap looking around the property before appearing to pour an accelerant into the skip and set it alight.

Wyngard was later arrested nearby wearing the cap, covered in metallic pin badges, and police discovered a 4in (10cm) kitchen knife in his rucksack.

The court heard that he claimed to be a press photographer and police found two cameras in his bag.

Officers also found a number of cameras, both normal and covert, and binoculars during a search of his home address.

On February 10 2021, while Wyngard was released under investigation, Ms Welch and Mr Townley discovered the words “Witch” and “Pimp” along with an upside-down cross had been scrawled on their front gate in blue marker pen, the court was told.

CCTV showed Wyngard writing the graffiti and he was captured on CCTV at a nearby shop buying the pen.

Mr Bellis said: “These actions caused serious alarm and distress and had a substantial adverse affect on the Townleys and their day-to-day activities.”

Ms Welch told the court: “This whole experience terrified me and continues to do so.”

Mr Townley, who appeared via video-link with his wife, said: “My family mean everything to me and the thought of not being able to protect them from this experience has left me feeling powerless and angry.”

The court heard that the couple now spend £2,000 a month on additional security.

Wyngard, of Cannon Street in Salford, Greater Manchester, pleaded guilty at a hearing last September to stalking, causing serious alarm or distress, between September 18 2020 and February 11 2021.

He also admitted charges of possession of a knife, criminal damage, and arson.

His sentencing was delayed after he later attempted to change his pleas, claiming he had been “pressured” into admitting the offences, the court heard.

His application to change his pleas was rejected but Louise Cowen, defending, said Wyngard maintained he was not guilty.

She said he suffered from bipolar affective disorder and had been failing to take his medication.

“Your only concern is for your own interests.”

He also made Wyngard subject to a restraining order, with conditions including not to enter Wilmslow.

The judge said: “It is not clear to me, given your attitude to this case, your attempt to vacate your guilty pleas without any proper foundation, and your repeated, continued denials of any criminality, when the risk you pose to Mr and Mrs Townley might reduce to such an extent that the order is no longer required.”