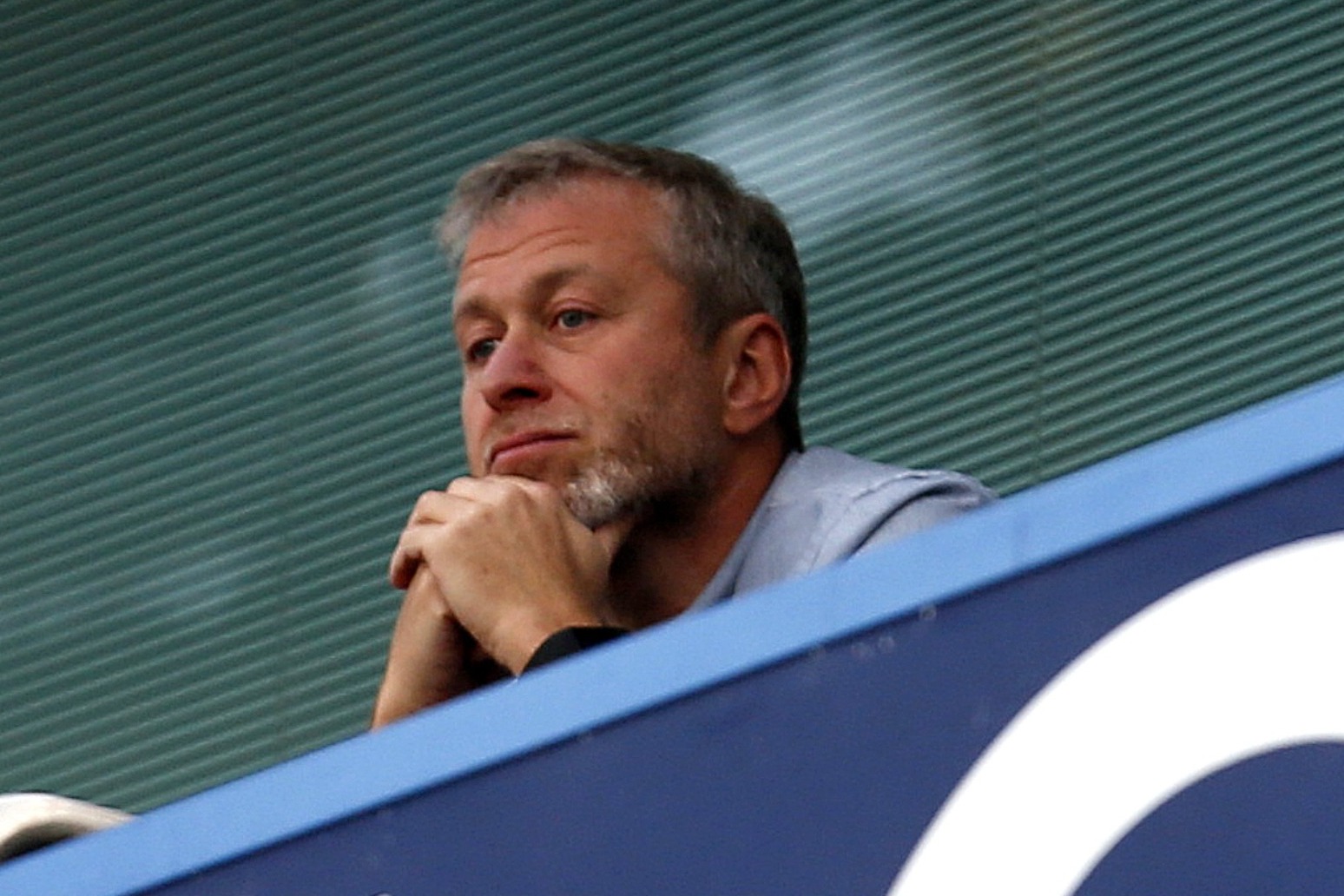 Roman Abramovich has been sanctioned by the UK Government, freezing the Russian-Israeli billionaire’s planned sale of Chelsea.

The 55-year-old put Chelsea up for sale on March 2 in the wake of Russia’s continued invasion of Ukraine.

Abramovich has owned Chelsea since 2003 and has always staunchly denied any current political links to Russia’s ruling elite, but Boris Johnson’s Government has now frozen all his UK assets.

Chelsea will be given a special licence to continue operation, but the sale of the Stamford Bridge club is now on hold.

The shape of Chelsea’s long-term future has naturally been thrown into doubt, but Government ministers were quick to insist any damage would be limited.

Culture Secretary Nadine Dorries said on Twitter: “Our priority is to hold those who have enabled the Putin regime to account.

“Today’s sanctions obviously have a direct impact on Chelsea and its fans. We have been working hard to ensure the club & the national game are not unnecessarily harmed by these important sanctions.

“To ensure the club can continue to compete and operate we are issuing a special licence that will allow fixtures to be fulfilled, staff to be paid and existing ticket holders to attend matches while, crucially, depriving Abramovich of benefiting from his ownership of the club.

“I know this brings some uncertainty, but the Government will work with the league and clubs to keep football being played while ensuring sanctions hit those intended. Football clubs are cultural assets and the bedrock of our communities. We’re committed to protecting them.”

British billionaire Nick Candy was the latest high-profile business magnate to throw their hat into the ring for Chelsea’s sale, amid a host of suitors for the Champions League holders.

Swiss tycoon Hansjorg Wyss and American investor Todd Boehly were also in the running, with more than 10 credible parties understood to have been compiling bids.

The Chelsea squad will continue to prepare for Thursday’s Premier League clash at Norwich as normal, but everyone at the club will now set about examining the details of the current situation.